Best Japan Instagram – You’ve seen them, I’ve seen them, almost everyone who thrives on the digital landscape today has seem them: the epic photos of Japan that demand a completely new perspective, appreciation and level of awe. Japan is a country where East meets West, where the old merges with the new, where technology can be seen enhancing the beauty and functionality of ryokans, shrines, and many other historical infrastructures that are more than hundreds of years old.

This unique environment where you will learn how old customs still remain as prevalent as the next new piece of technology makes Japan one of the most interesting, unique, and thus photographed countries in the world.

People, old and young, flock to this country year on year to be able to witness this remarkable culture, and even those who can barely operate a flip phone will feel inclined to whip out whatever device they have to capture its beauty. Here, you’ll find historic shrines in the midst of advanced cities filled with skyscrapers and digital billboards. You’ll find restored yet ancient ryokans nestled deep in the countryside that offer Wi-FI to all its guests. Here, there is so much character to every person, every city, and every structure you come across that you’ll immediately fall in love and it’ll have you subconsciously making plans to come back sooner rather than later.

That’s the effect that Japan has on people, and that’s the reason why you’ll come across so many photos of Japan online, if you were to only look. In fact, Japan has such a strong, loyal, and growing following, that there are many, many accounts on photo-sharing platform Instagram that dedicate themselves to showing off the uniqueness and beauty that is Japan. Many of them are owned by amateur photographers who simply love the country, and they’re amazing enough.

However, others there are also other incredibly inspiring accounts of those who have delved deep into the culture and have devoted their time to find new and somewhat hidden places in Japan to take photos, as well as new perspectives of the more popular places to take photos.

Below, we’re highlighting some of the best accounts you should follow! This particular Instagram account is owned by Yuto Yamada, a Berlin based photographer and videographer who is originally from Tokyo. What makes Yuto’s account so interesting is his completely different perspectives of Japan – from his images of oncoming trains to his overhead image of Mount Fuji, he challenges you to see Japan differently. Not only that, Yuto’s editing is on another level. He manages to make you feel the essence of his images without a single sound; he makes you feel through his mastery of colours and angles. Without a doubt, coming across an account like this will make you feel inspired to whip out the camera and start practicing for your next trip! This account is owned by one of the more prominent figures of the photography scene in Japan. Exploding into the scene in the early 2010s, he started off as an ‘iPhone Photographer’ and made a name for himself by only shooting and editing on the iPhone and yet producing images fit for exhibitions and commercial work. Nowadays, he also uses a DSLR to produce his creamy, premium quality images, and his areas of expertise spans across cultures, architectural, portrait, and fashion photos.

If there was one word to describe his images, it would be moody. The vibes are all there when you look at his dark yet fascinating images, which sometimes manage to capture spaces you didn’t even know existed. You’ll find his images of Japan in amongst an impressive collection of images from all over the world, but somehow, they’ll manage to stand out from the crowd with their unique landscape and structures. This account is owned by photographer Naohiro Yako, who is the director of flapper3, a boutique creative agency based in Tokyo that works across a range of media services, including video production. Once you lay eyes on his works, you’ll get a real understanding as to why he’s in the creative field.

His photography is mesmerising to say the least.

Whereas many photographers opt to go for dark moody images to showcase Japan, Naohiro uses dark contrast with the colours of the rainbow to bring light and character to his image. Across his page, you’ll see mixtures of portrait images of models in both traditional Japanese outfits as well as contemporary Japanese fashion, alongside intense images of street photography and landscape photography which will make you do double-takes.

How about Japan through the perspectives of a foreigner? Italian photographer and video maker Antonio Sbarra manages to perfectly capture the beauty of traditional Japan through his camera. All over his page, you will see gorgeous shrines in hidden away locations, red torii gates breaking up his stunning sunrise and sunset images of ancient castles, and cherry blossoms framing all his impossibly beautiful pictures. One of the best things about his images is that they give you a warm, fuzzy feeling in your stomach, as most of them are taken during the day, most likely during the golden hours.

For an account that produces images that you can relate to, check out Hiroya’s account. He is a Japan-based photographer whose best works include capturing the beauty of Japan at night, venturing out into the smaller, lesser known villages and showcasing the stunning hidden countryside of Japan.

Amongst his collection of stunning street and urban photographs, there lays unique captures of places like the waterfront Motonosumi Inari Shrine in the city of Nagato, the long picturesque Tsunoshima bridge that lays across the Sea of Japan, and the incredible Matsumoto Castle (part of our Top 10 Castles in Japan), but not as you know it. (Hint: it’s night-time, it’s lit, and the moon is shining gloriously). Sometimes, having a model to put your images into perspective really makes a difference in photography, and with @mantaroq, you’ll see that this is evident in their images. Rather than basing the images purely on the landscape, there’s almost always a model present to convey a certain emotion about the image. Sometimes it may make sense to you, and sometimes it may not, but one thing’s for sure, @mantaroq’s images are definitely a form of unique. There is hardly any urban landscape depicted in these images, rather, there is an emphasis on emotion and Japan’s natural landscape, so if this is the type of photography that you’re into, check this account out ASAP! 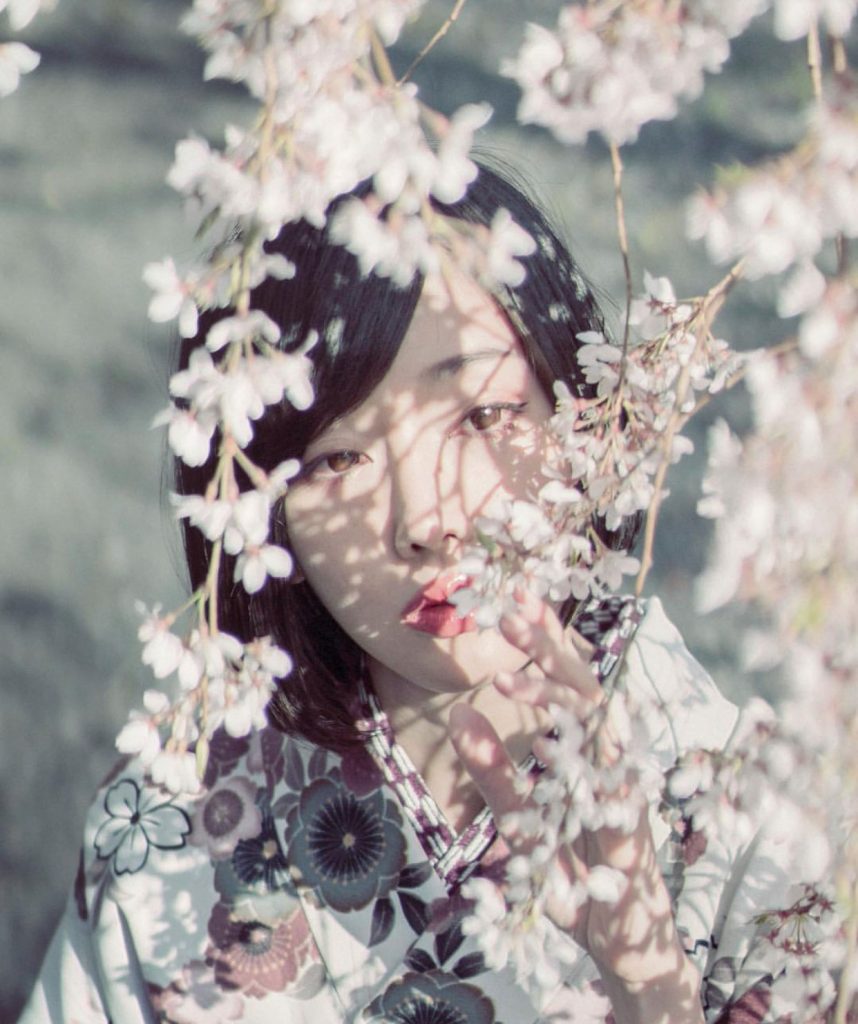 This account is owned by Akira, a local based in Niigata, Japan, who captures his images using (surprise, surprise) a 35mm lens. One of the reasons why this is a big deal, for both the photographer and the audience, is because a 35mm lens produces images that’s closest to what the human eye sees. Therefore, you won’t notice any distortion that you may get from photographers using a wider lens to get more in their picture, and you won’t feel that impressive yet slightly unnatural look of a close-up portrait lens. For photographers, a 35mm lens is one of the most versatile lenses you can take around with you for everyday photography, and it’s the reason why you see so many types of photos on Akira’s account, ranging from far away landscape shots to sharp architectural shots to close up portrait shots. What also makes Akira’s account so interesting to look at is his editing of the images – again, there is this moody theme that’s prevalent throughout his account, and it gives off the impression that Japan is some sort of fantasy world. Moto is a Tokyo-based urban street photographer who swears by his Nikon. As you can tell from his bright and alluring images, capturing the frenzy of the cities of Japan is his specialty – you can feel the excitement and the otherworldliness of his photographs by just looking at them. Similar to other Japan urban photography accounts, Moto uses his post-editing skills to present Japan in a way that makes it look like it’s living in the future (and in many ways, it actually is!). From bright neon signs to illuminated billboards and street lights, all forms of light play a part in his images. Hiro Goto, the photographer who runs this account, does not have a specific theme that he likes to capture – he captures them all. From urban street photography to whimsical landscape photography, to astrophotography and everything in between, you’ll somehow come across it on his page. Rather than relying heavily on his post-camera editing skills, he somehow manipulates the camera in a way to make the photo captured just work for him. From using direct sunlight to light up his images, to capturing the shadows in a unique way, to using random things such as a leaf to frame his image, to capturing moving light, Hiro’s photos absolutely shine with mastery. He photographs in a way where you just see things inherently from his perspective. For a page that doesn’t have a distinct flavour, @yulily_k508 produces quite a smack in the face with its unique images of Japan. From its characteristic shrines to its inhabitants, all elements of Japan are displayed on his page, with moody images calling on moody editing, and light and bright images calling on light and airy editing. This is a refreshing change to previous accounts as most comply to one theme of editing, but with this page, what you see is what you get. From dark, grey-toned urban photographs of Japan’s crowd-dense shopping alleys, to colourful and innocent images of vending machines and hole-in-the-wall shops, the images presented here take you on a rollercoaster of emotions as you wind through them. If you are looking for an account that curates the best of the best photos of Japan, remember to follow @sugoiijapan! We’ve crowdsourced some of the most mind-blowing images of Japan, taken by you guys, and placed them all on our account so that you can get inspired! And if you want to get featured, make sure to tag us and to use #sugoiijapan in your next Instagram posts. 🙂

Do you prefer to watch videos to discover Japan? Check out our selection of the 10 best Youtubers in Japan!

The 10 Most Unique And Cool Hotels In Japan

Kawazu Zakura – How To Enjoy Early Cherry Blossoms In Japan